Rick and I had been searching for a house in Old Towne East (a downtown residential neighborhood in Columbus, OH) for a few years. We talked about what we wanted to do with a house, and what it would be like outside the house, and how we could integrate into the neighborhood. We had been living together in apartments in the neighborhood for the previous five years. Rick wanted a fine house with strong bones and refined character. I wanted a nice house with enough space to conduct experiments, and start a food garden, maybe raise some chickens. We found the house eventually, see this post. Once we found the right property, we set to naming it.

Rick was fine with calling it “the house” but I require more drama. I had five years’ worth of articles, research, CAD drawings, sketches and dreams about my dreams for a scientific park/lab where I could explore food, agriculture, and the synergies of human and animal ecologies. Rick just wanted to create a beautiful southern garden and a fine Georgian home. One day, shortly after the closing, we were sitting at a coffee shop and we both mentioned Thomas Jefferson’s Monticello as a reference point: Fine House, beautiful gardens, Functional agricultural plantation, culturally relevant science experiment. I excitedly yelled out, “We should call it “Little Monticello!” to which Rick drolly responded, “There’s no way it’s ever going to be like Monticello, Jim. We’ll be lucky if it’s ever Mezzacello. Half of what Thomas Jefferson di…” I was frozen with inspiration. That was our name. 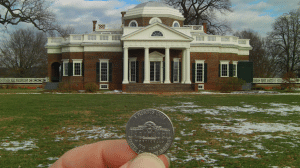 All the style, on a nickle’s budget

The moral of this story is three-fold:

Welcome to Mezzacello. That day we also decided we had to add a Ben Franklin slogan to the name: “Poor Boys Have Poor Ways.” Mezzacello was not going to come easy. But where there is a will, there’s a way. Take a city boy with some medical issues around food and a passion for science, technology and education, and a fine Virginia-country gentleman and begin building on a crazy dream.